Love it or hate it, it's nearly that time of year again and at Gimpy Software we've decided to follow in the footsteps of classic games such as Christmas Lemmings and release our very own Christmas themed Lunar Panda video game! We've been working on this for a short while now and can reveal that Mr Panda is going to be returning to Earth to help Santa Clause deliver a few presents to Cambridge and London. There's even going to be a very special retro cameo from a certain Cambridge resident. 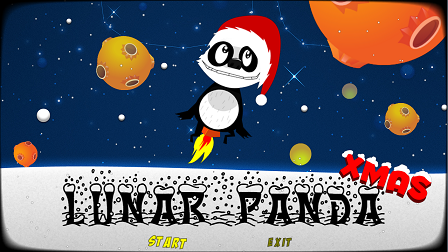